Visit to the Battlefields of Belgium and France

On Friday 17th February a group of 44 students from Years 9 and 10 departed for a four day trip to the World War One battlefields. 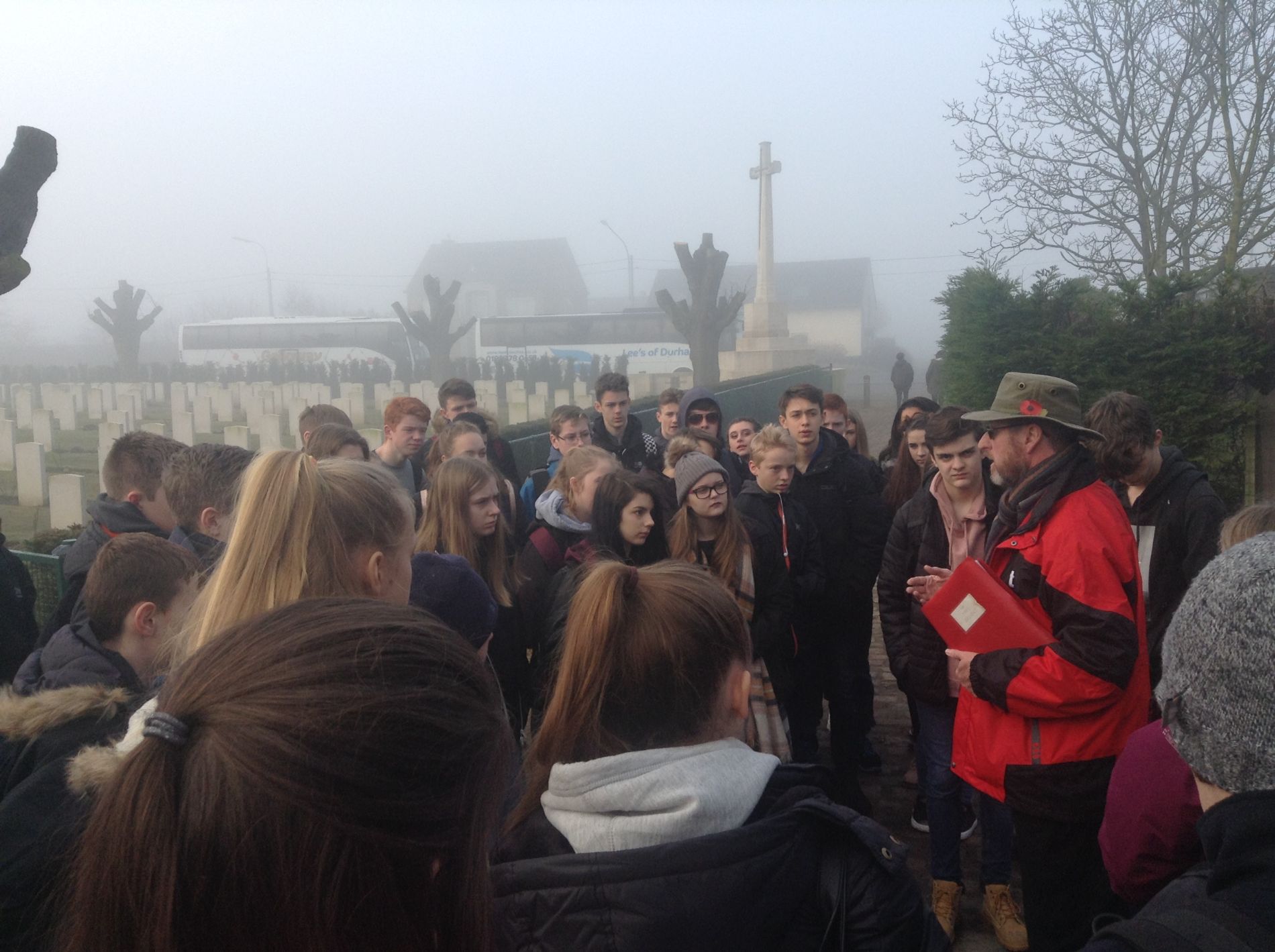 battlefields of France and Belgium. We spent a day in the area of Ypres and visited a number of cemeteries and battlefield sites as well as the impressive Passchendaele Museum. We attended the nightly Last Post ceremony at the Menin Gate where four of our students (Alex, Eleisha, Charles and Katie) were chosen to lay a wreath at the memorial. Sunday was spent exploring some of the significant sites of the Battle of the Somme and Monday morning was spent in the Belgian town of Poperinge, a very important town behind the British lines where many of the soldiers could enjoy some rest and recreation.

The following recollections of the visit were written by Abbie, one of our Year 9 students who attended:

“I have recently returned from my trip to France and Belgium with the History department. It was really enjoyable. We stayed in a private building on a site built specifically for school trips, which was in an ideal location for driving to Ypres on Day 2, and the Somme on Day 3. All the staff were really friendly and our tour guide Tony was very informative.

One of the places that really sticks out in my mind is Tyne Cot, a military cemetery and memorial to the missing. It was shocking to look out over the rows and rows of white headstones and think that all of these men died so that we could live the life that we live. I found the name of a possible relative on the memorial to the missing there, and thought that it was sad that they have never had a proper burial. Two-thirds of the headstones at Tyne Cot were for unidentified soldiers, with the inscription on the headstones being 'A Soldier of the Great War. Known unto God.' The inscription was chosen by Rudyard Kipling, whose son died in the war. I think that it is poignant that all soldiers were commemorated in this way, even if their bodies were unidentified.

Another memorial that struck me with the scale of sacrifice of World War One was the Menin Gate. This memorial to the missing has 54,000 names engraved onto the walls, and there is a Last Post ceremony for the soldiers on the memorial every night at 8 pm. The entirety of the structure was astounding and really made me think about just how many lives were lost in the war.

I had a really good time on the trip, and learnt lots about World War One whilst strengthening existing friendships and creating new ones.” 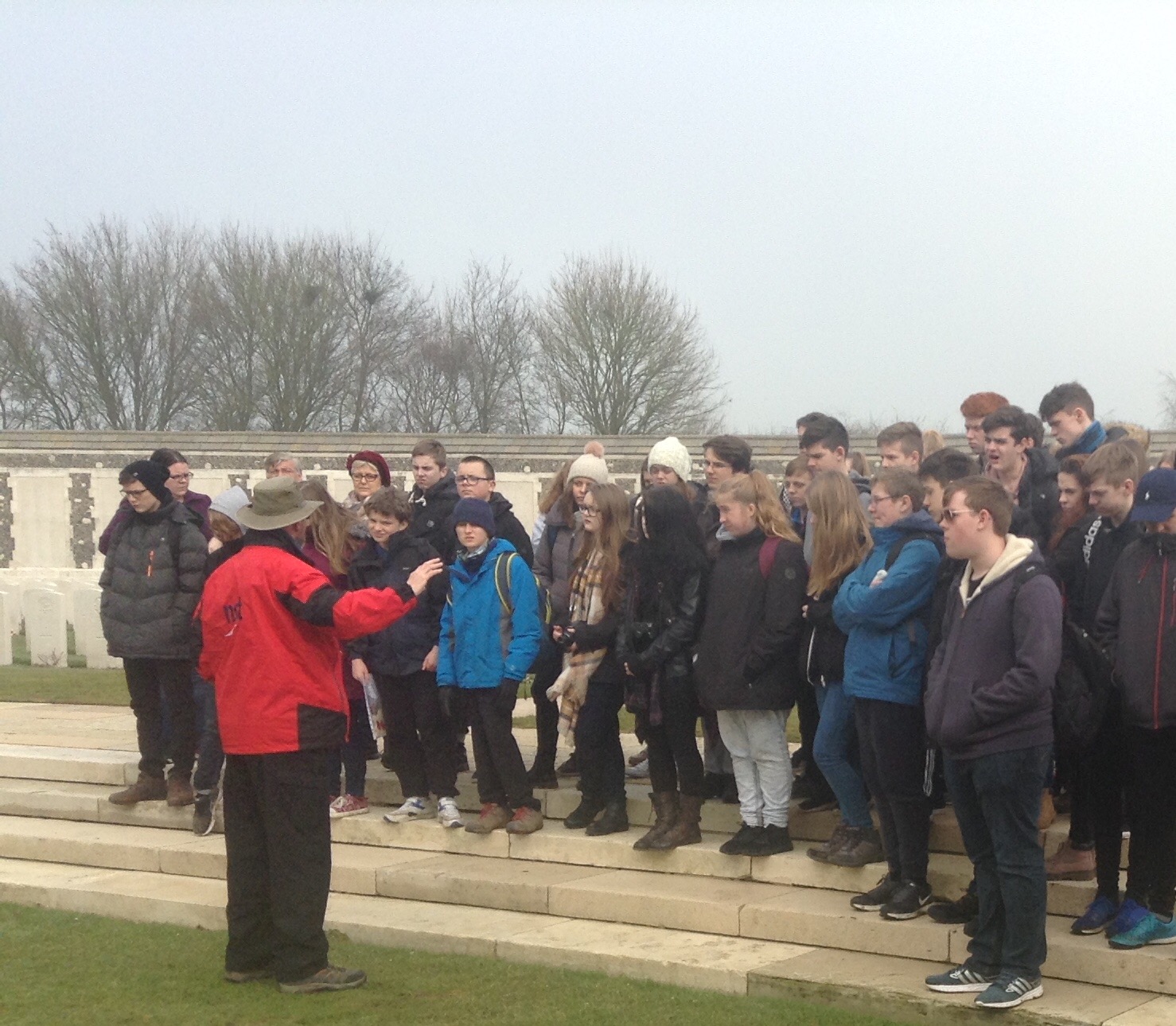