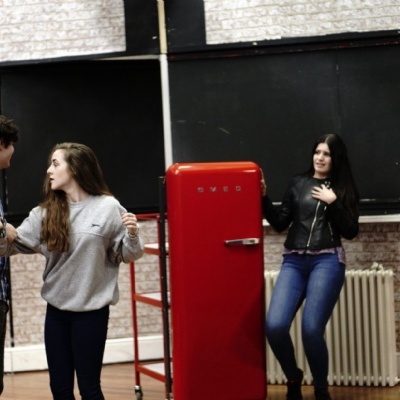 Since returning from the Christmas break it has been non-stop, preparing for the school production, Year 13 mocks and Sixth Form charity week, amongst many other things.

Since returning from the Christmas break it has been non-stop, preparing for the school production, Year 13 mocks and Sixth Form charity week, amongst many other things.

I watched a performance of Ghost this week and was immensely impressed by the professional quality of the whole thing; the set, the actors, the dancers, the musicians, plus the technical crew and make-up artists. I have to admit to feeling very emotional too, it is such a tear-jerker and the performances were so believable. It was also lovely to see our Year 13 students taking part in their final production, having been involved in so many over the past 7 years.

The Sixth Form student leadership group have yet again made a huge effort to raise money for charity, this year they have chosen the Lewy Body Society for Dementia. We have been thoroughly spoiled by a huge variety of delicious cakes all week and entertained brilliantly by staff and students alike. Well done to everyone involved and to our parents, friends and family for their superb support.

Our Mandarin students did brilliantly in making it to the UK finals of the HSBC-British Council Mandarin competition and, whilst not emerging as outright winners they gave a superb performance which was highly commended by the judges – well done to them all!

From the feedback I have received, our new Parents’ & Carers’ Weekly e-Bulletin has been well received and I hope you find it useful and informative; it can also be downloaded from our website.

Next half term will be even more critical for our GCSE and A level students as the final deadlines for their controlled assessments and final exams are fast approaching and I look forward to working with them all again.

Over the holiday our ski trip is once again visiting Italy for an action packed week and there will be many staff and students in school continuing to work towards their exams. Many thanks to them all for their tremendous hard work and commitment.

Have a very restful half-term.