On Monday over 120 of our Year 7s took part in a simultaneous World Record attempt with schools around the country. 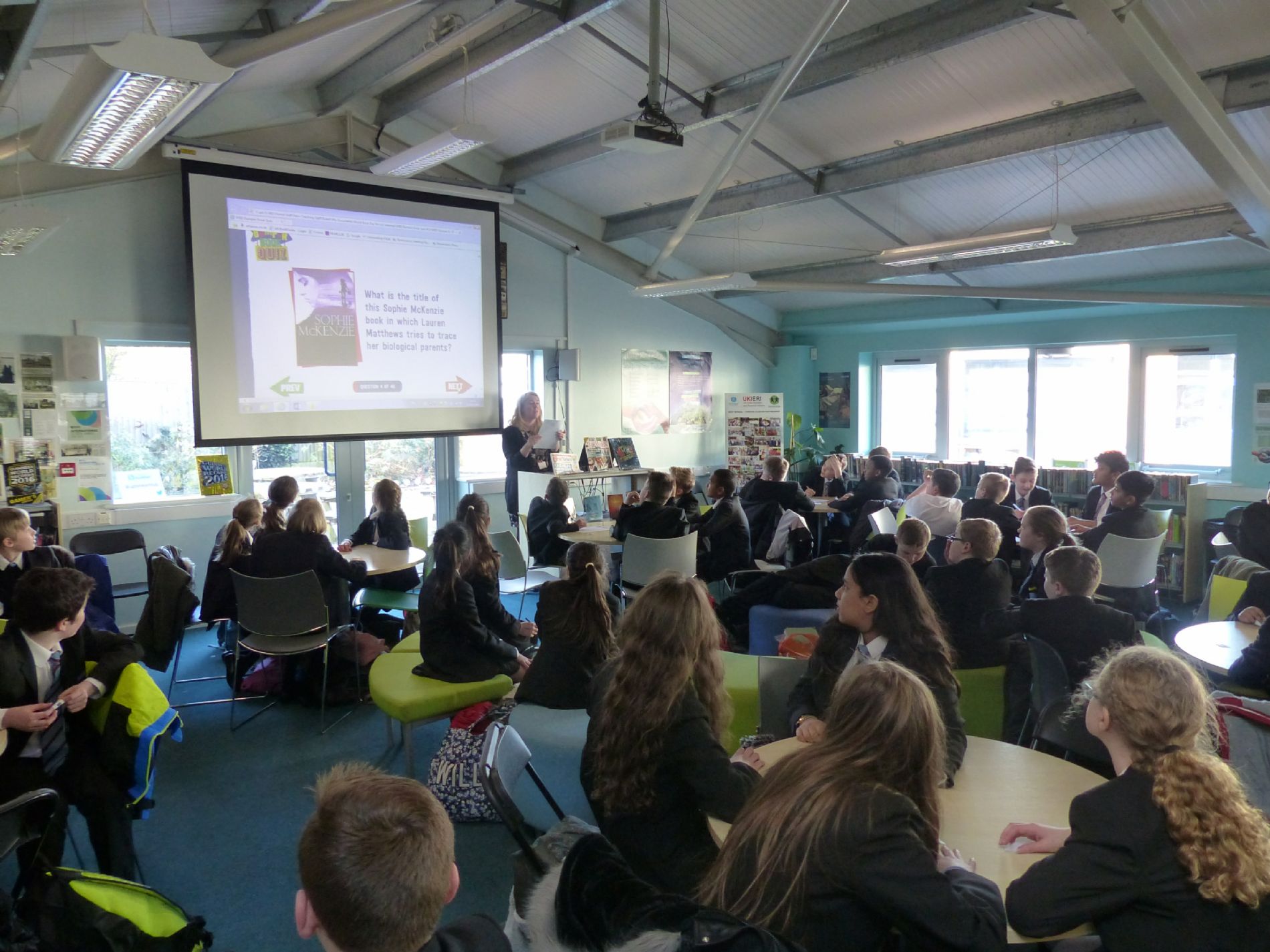 around the country. To celebrate the upcoming World Book Day we were asked to contribute to an attempt to break the record for "The most people participating in simultaneous book quizzes."

The rules and regulations to qualify for an official Guinness World Record are very strict, so special thanks must go to our English Department for their support and our volunteers on the day who agreed to be independent witnesses and stewards: Mrs Lee and Mrs Fisher from Newton Primary School; Councillor Beacham from Newton; and our Governors Mr Wilson, Mrs Rudd and Mrs Barlow. 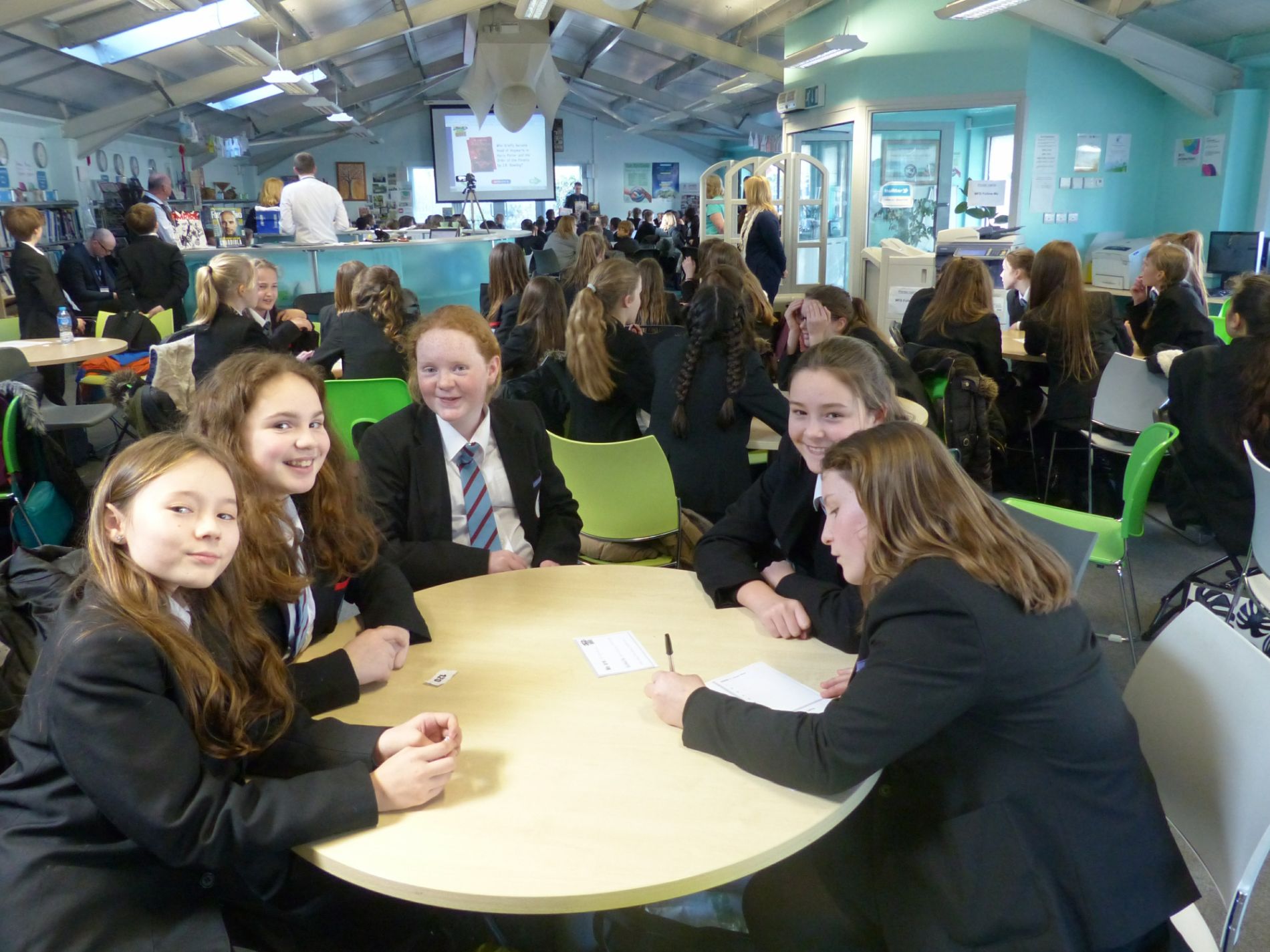 The book quiz was quite tough but the pupils really enjoyed the challenge and the buzz surrounding the event. 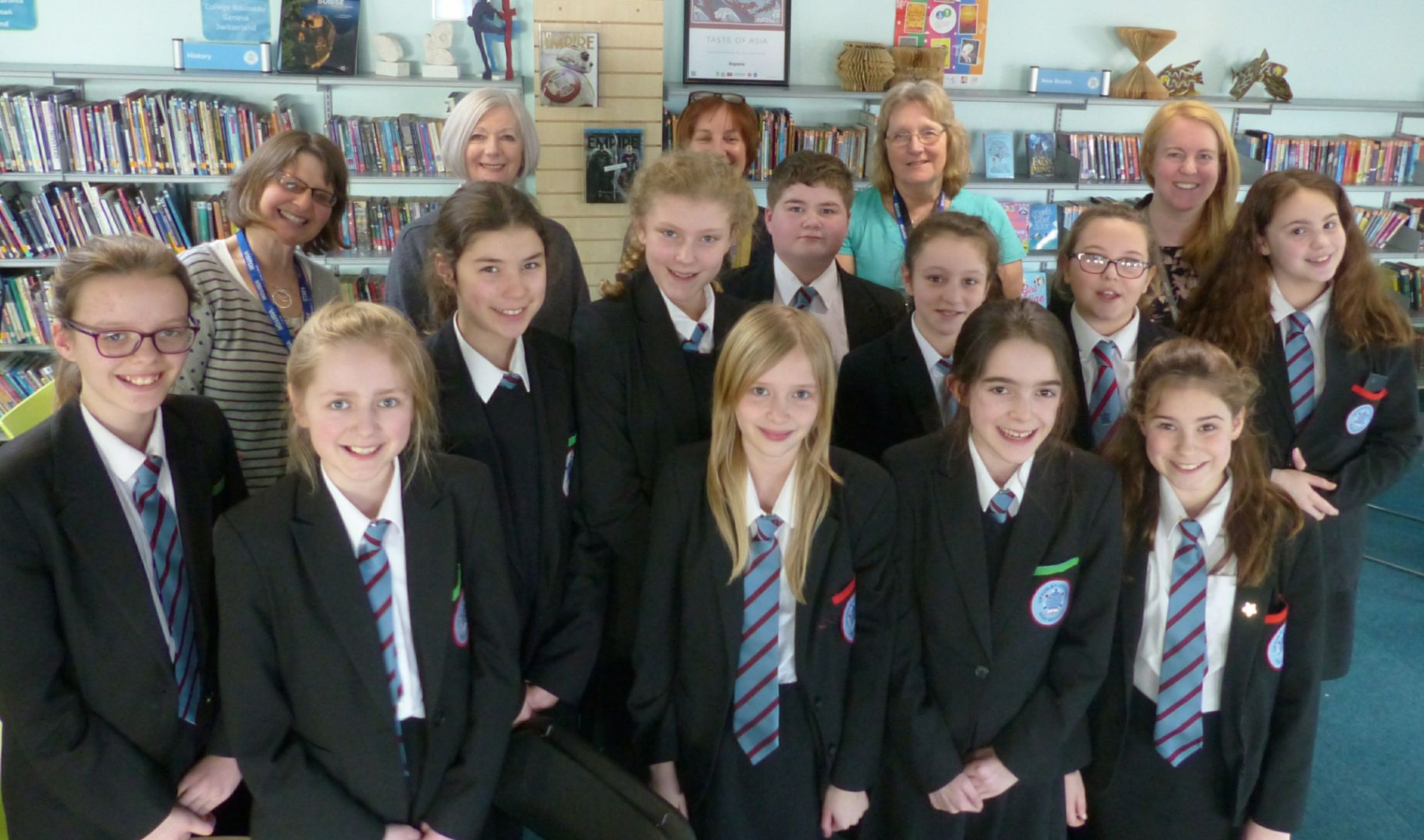 The winners were the "Sassy Book Llamas" aka Caitlyn, Jasmine, Isobel, Morgan & Katie. They received their prizes from Mr Crozier (Head of English). Every pupil received a certificate for taking part. 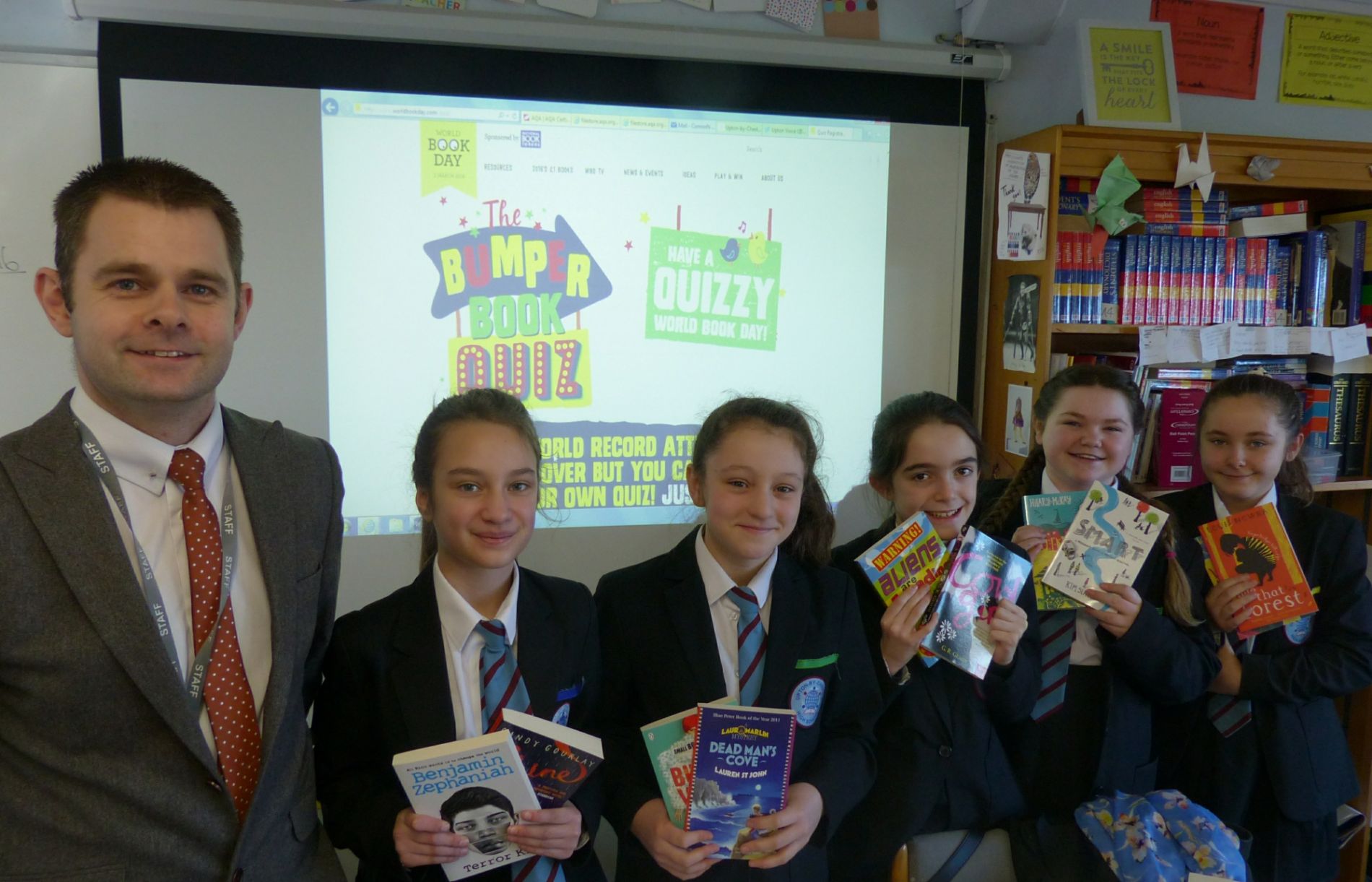 Our evidence has now been collated and submitted. There will be an announcement during World Book Day which will hopefully confirm that a new record has been set.
Mr Ryan
Learning Hub