On 21st June a team of eight students from Year 7 represented our school at the Merseyside leg of the Bloodhound SSC Microbit Model Rocket Competition. 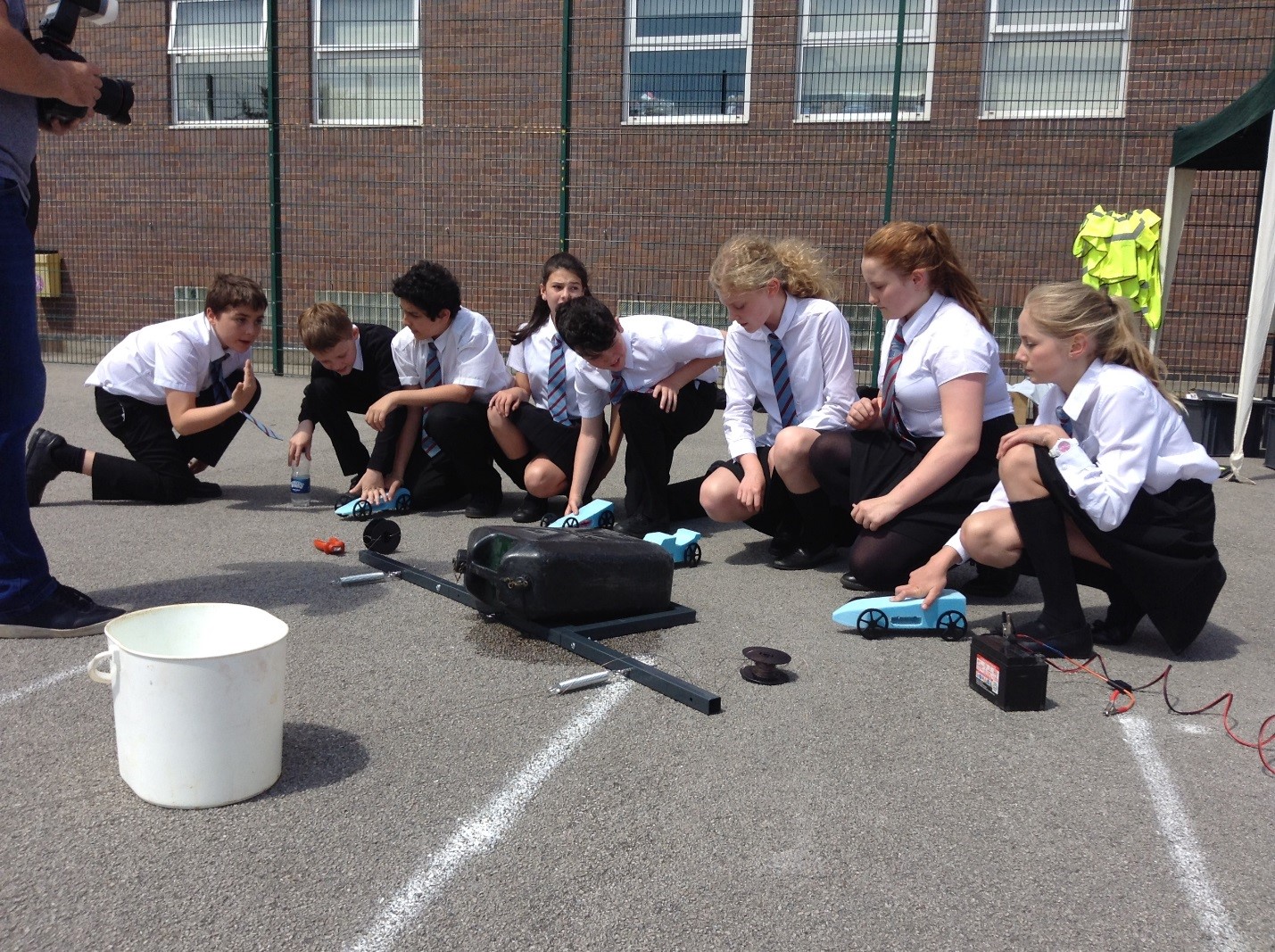 SSC Microbit Model Rocket Competition. The preparatory work was carried out with a Year 7 class and linked together Computer Science for the design and running of the Micro-bits, with DT for the actual cutting and modelling of the car designs.

Sophie and Lucy from the team wrote this report:

"As a group we designed cars to race powered by rockets. We were given a block of blue polystyrene in groups and designed an aerodynamic shape for the car. We then shaped the polystyrene with Mrs Melville and added the wheels and guide eyelets. In lessons, with Mrs Larkin and Mr Goodings, we programmed the BBC micro:bits to countdown 3,2,1. Then we made a rock, paper, scissors game using the sensor in the micro:bit and then worked out we could use the accelerometer to measure the speed. We then programmed the micro:bit to record the cars speed. 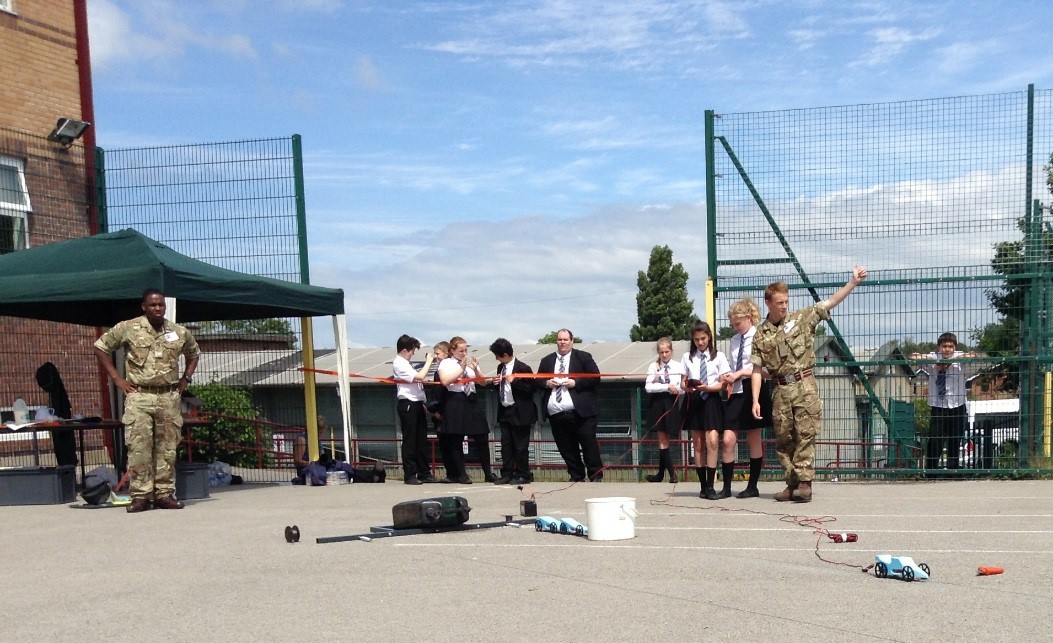 We went to race the rocket cars at Calday Grange Grammar school where other schools were meeting. First we had to adjust the cars with files to fit the micro:bits in snuggly. The Army were testing the race track to make sure it was safe.  They handled all the rockets but we got to press the button to start them off.

The countdown was a bit nerve racking in case the car did not go but we were really happy to see ours go really fast, shooting across the playground. We were really proud of what we had done and had found it a really exciting project. 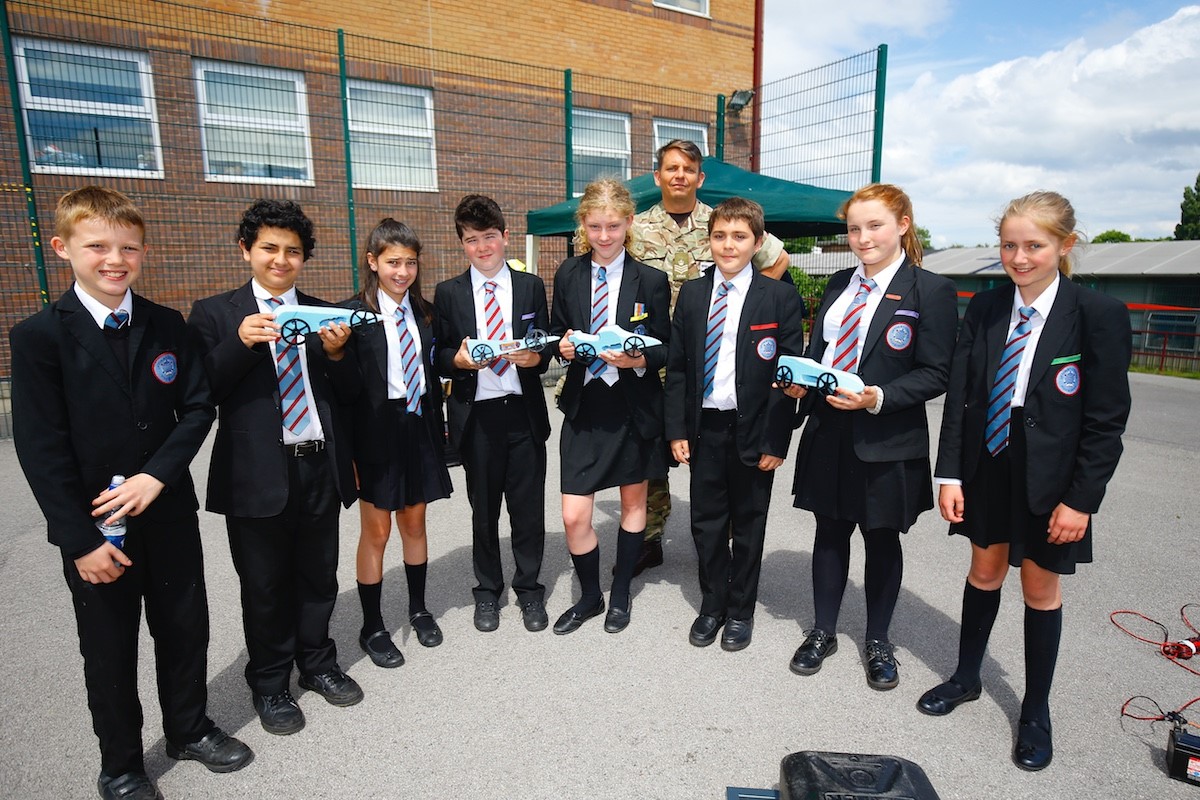 One of our cars came in second place, narrowly being beaten by 0.02 of a second. We all agreed it was a very enjoyable experience."