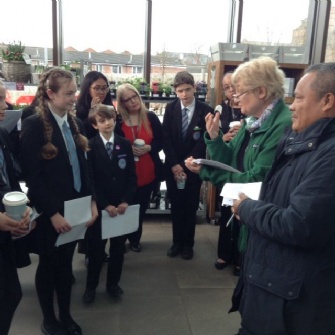 Students from the Fairtrade Action Team met Marcial Quinteros, a member of Coobana, a Fairtrade banana co-operative in Panama, during this year’s Fairtrade Fortnight.

This event was hosted by Waitrose, Chester and gave our students the opportunity to see the range of Fairtrade produce available at Waitrose including bananas from Marcial Quinteros’ plantation.

Marcial answered students’ questions regarding how Fairtrade had transformed his family’s life and benefitted his community. He stated that without the backing of his Fairtrade Co-operative he would not have been able to support his daughter going to university, nor his community’s project to conserve and protect turtles. He shared his hopes and stated the importance of Fairtrade for future generations.

On behalf of the students, Becky & William wanted to say thank you to Mrs Blain & Asst. Services Food Services Manager Mr Sam Mroczek at Waitrose and “Gracias” to Marcial Quinteros for sharing his experiences and explaining the difference that we can all make by choosing to support ethical products.

As a FairAchiever school, awareness and promotion of Fairtrade is included throughout the year not just during Fairtrade fortnight. 2nd Deputy Head, Miss Beuzit added that “it had been an amazing opportunity for students to meet a Banana producer whose working conditions had vastly improved thanks to Fairtrade. It has developed their awareness of global trade and how simple shopping choices can make a huge difference to farmers, their families and communities.“ 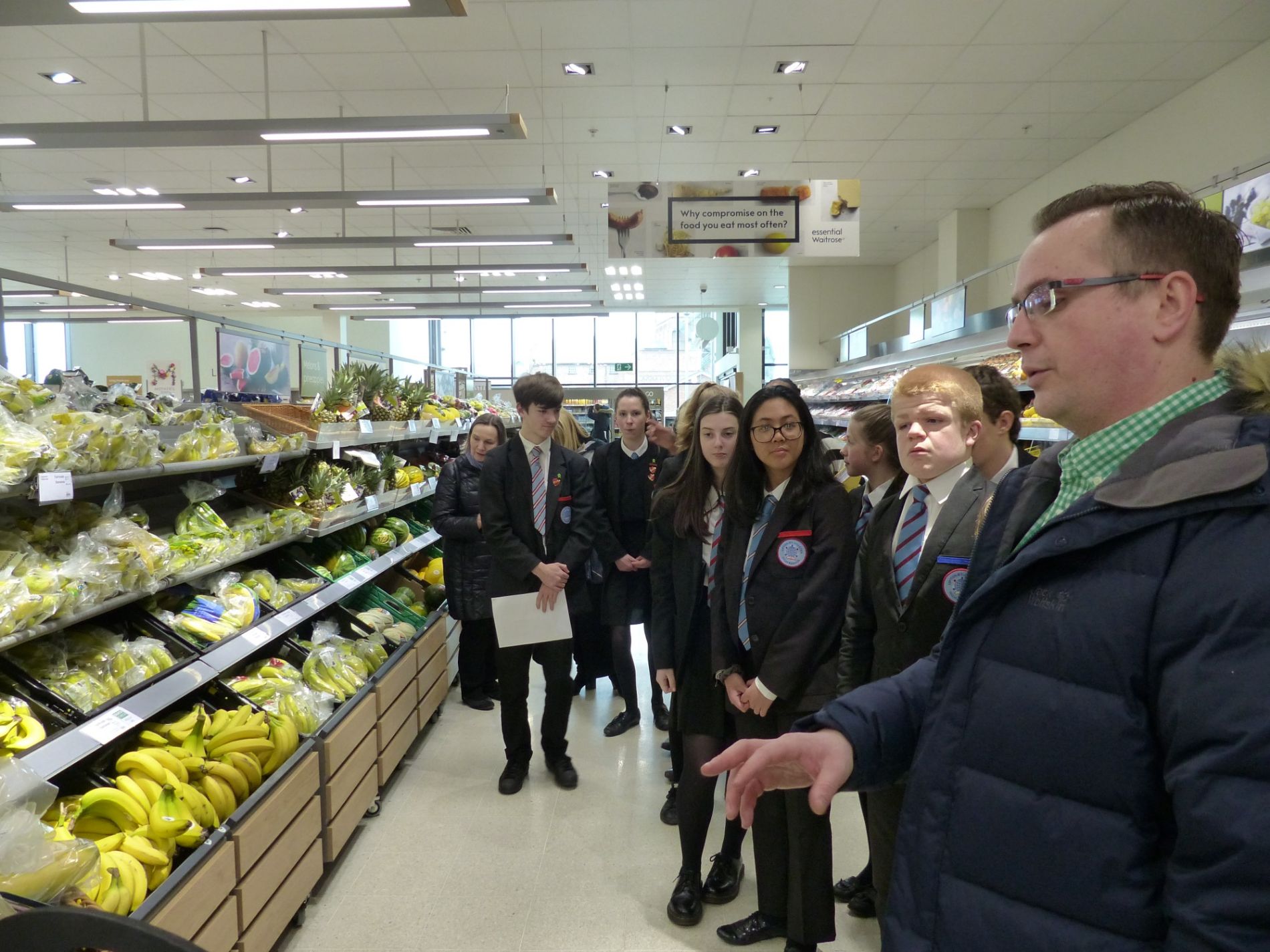 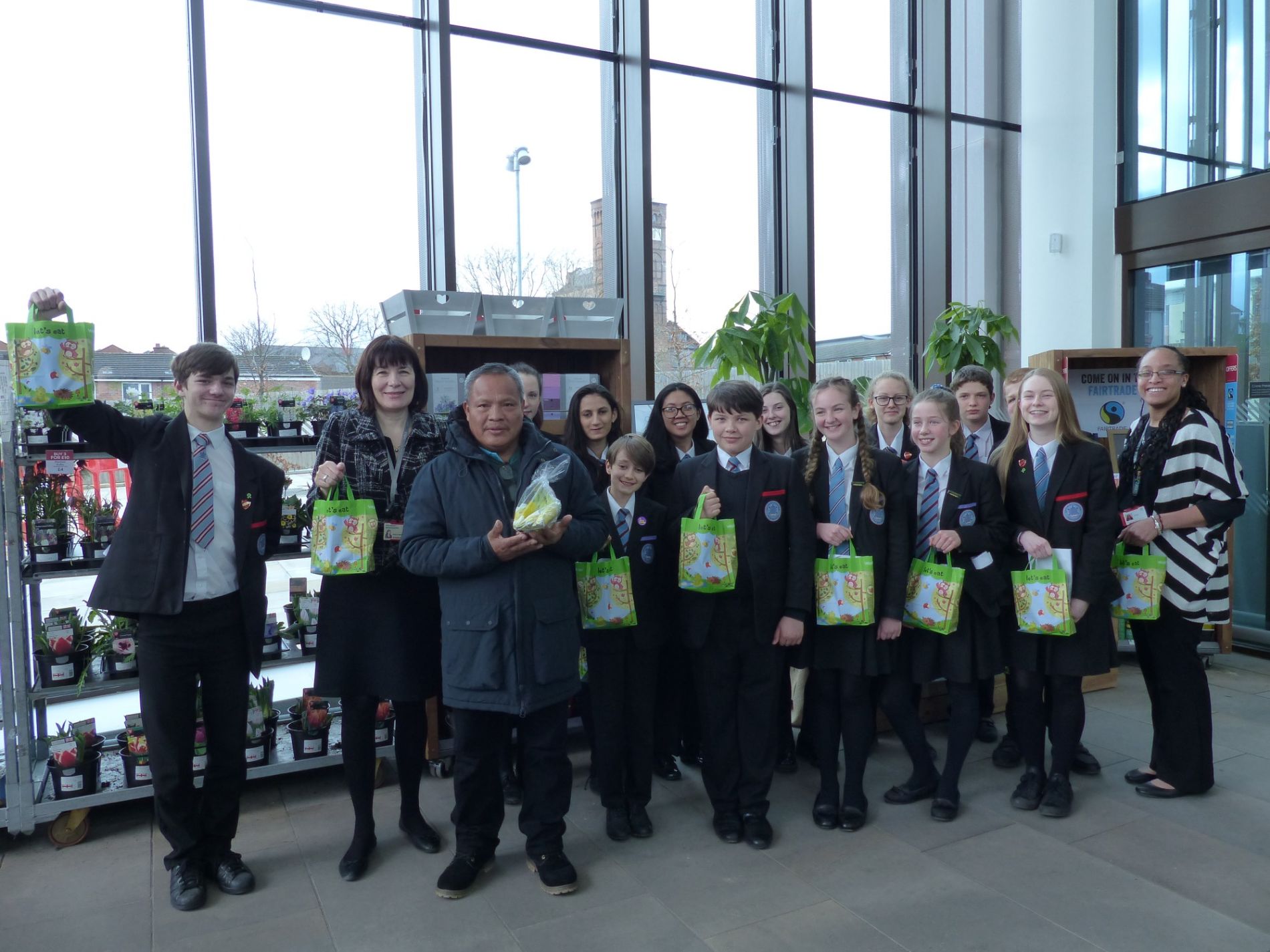