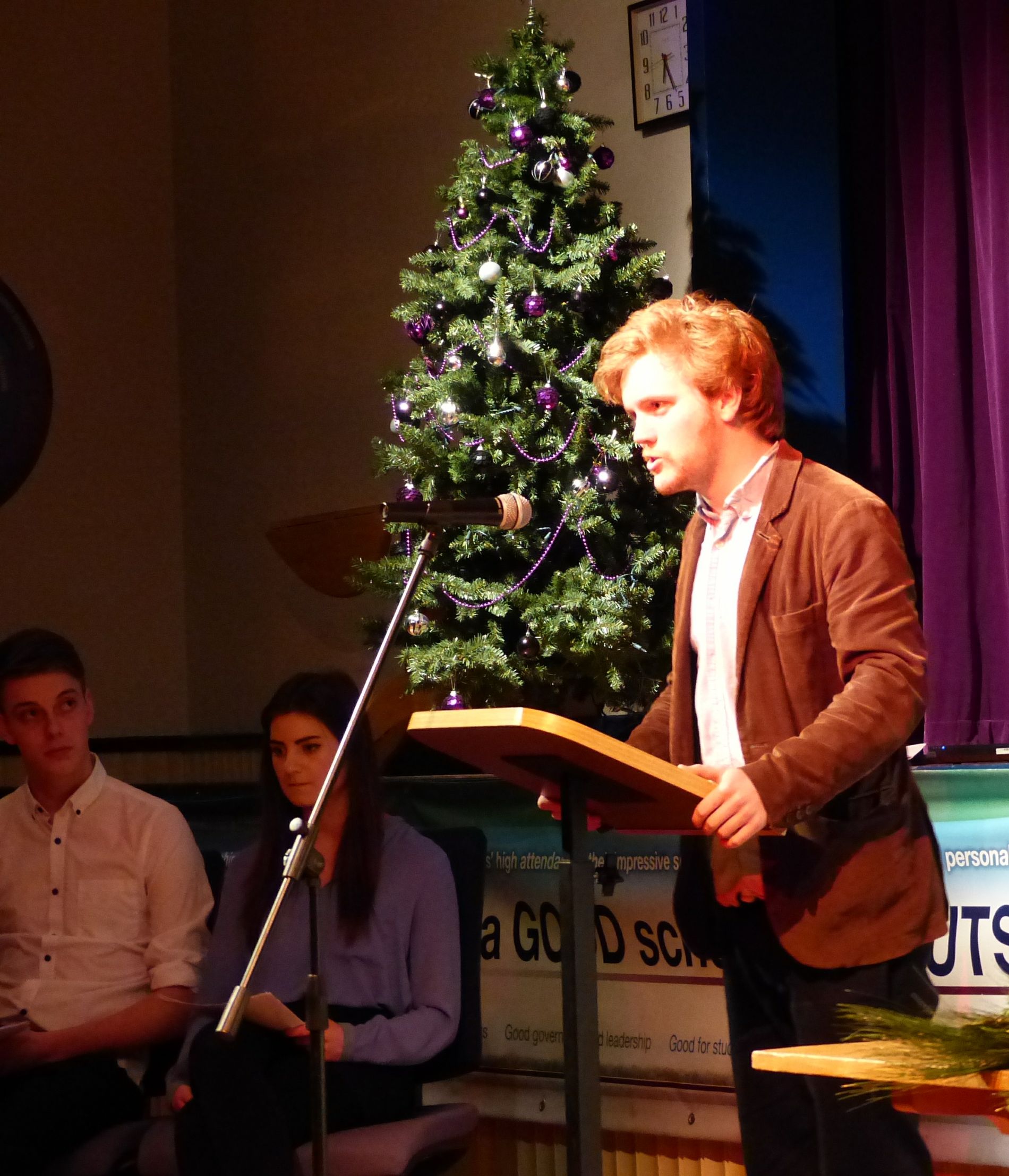 staff attended the ‘A’ Level Certificate Presentation Evening. It was a fantastic opportunity to formally celebrate our students’ outstanding ‘A’ Level results and hear their tales of foreign travel, university life and exciting employment opportunities.

Our guest speaker was the amazingly talented former student Greg Russell. Since leaving Upton in 2011, after completing his ‘A’ Levels, Greg embarked on a musical career which he has successfully combined with his University studies. Greg’s musical 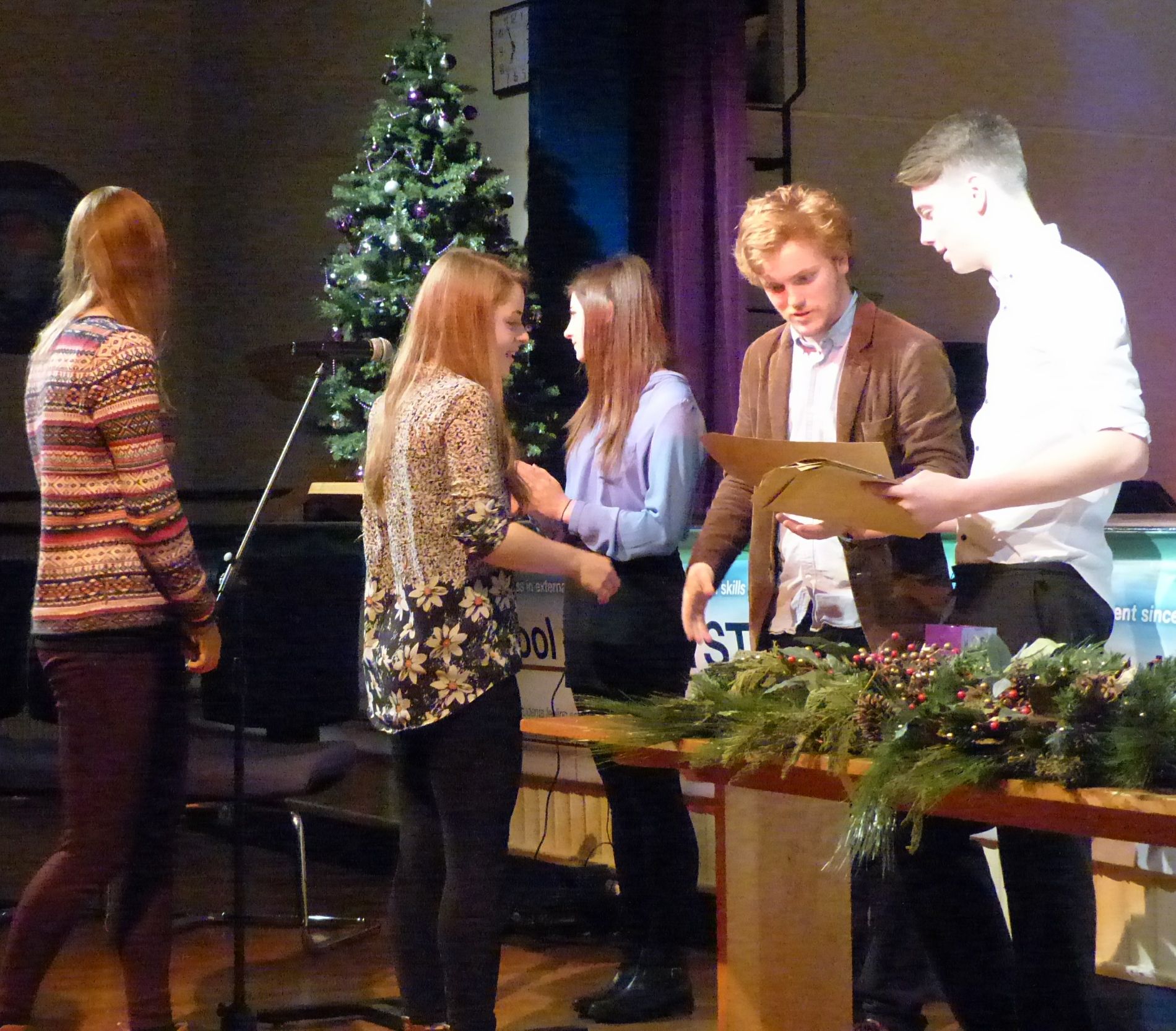 collaboration with Ciaran Algar resulted in the duo signing to Fellside Records in July 2011 and they released their debut album ‘The Queen’s Lover’.

Numerous tours have followed and they have become one of the most sought after young acts on the English Folk scene. Russell and Algar have received critical acclaim and are two-time BBC Folk Award winners. 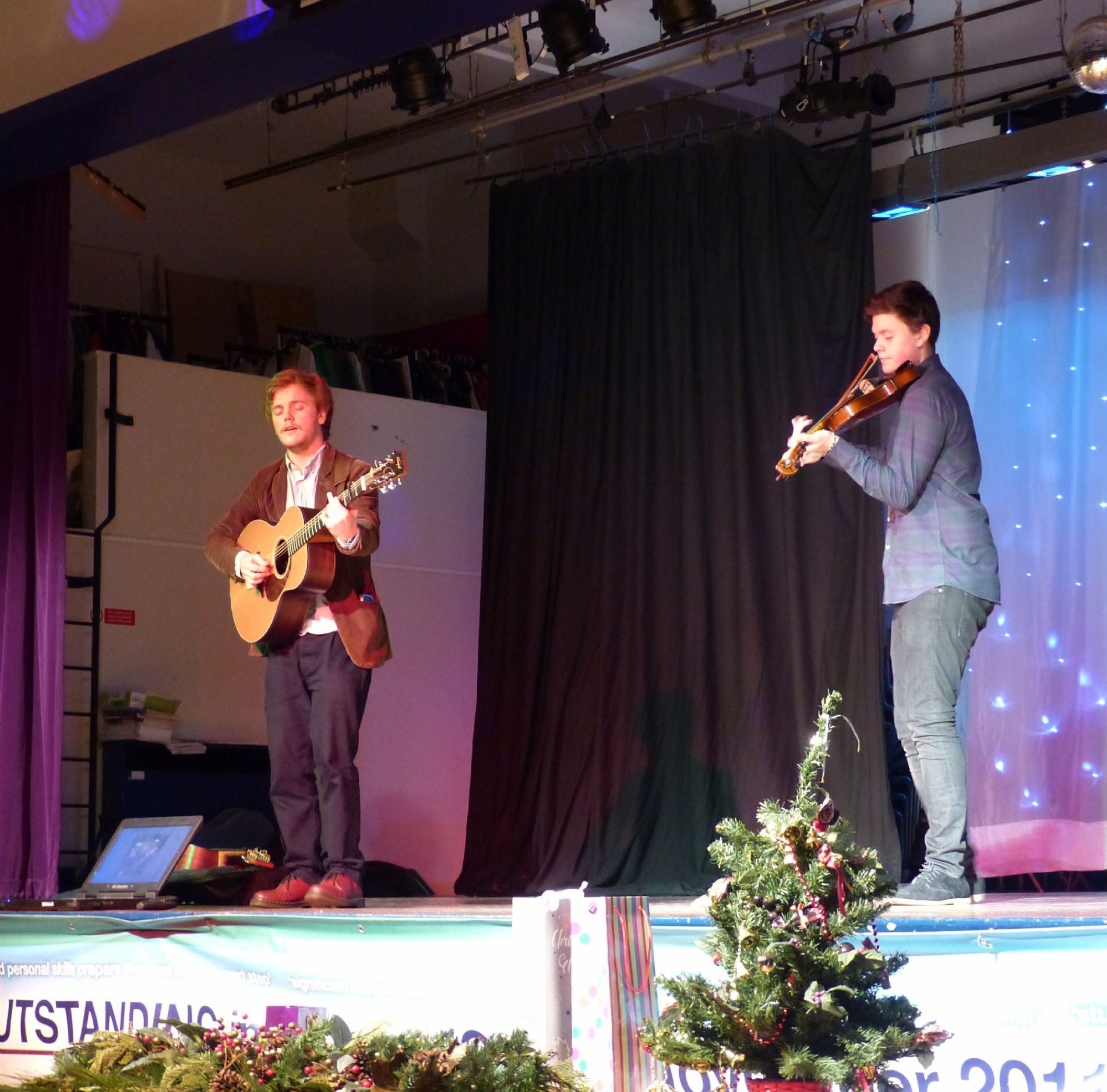 Greg spoke fondly of his time at Upton and reminisced about his experience in the school’s productions of ‘Buddy’ and ‘Beauty and the Beast’.

The highlight of the evening was Greg and Ciaran’s musical performance which thoroughly entertained the crowd and received tumultuous applause (watch a short video clip below). On behalf of the Sixth Form I would like to say thank you to Greg and Ciaran for giving up their time to present the certificates. 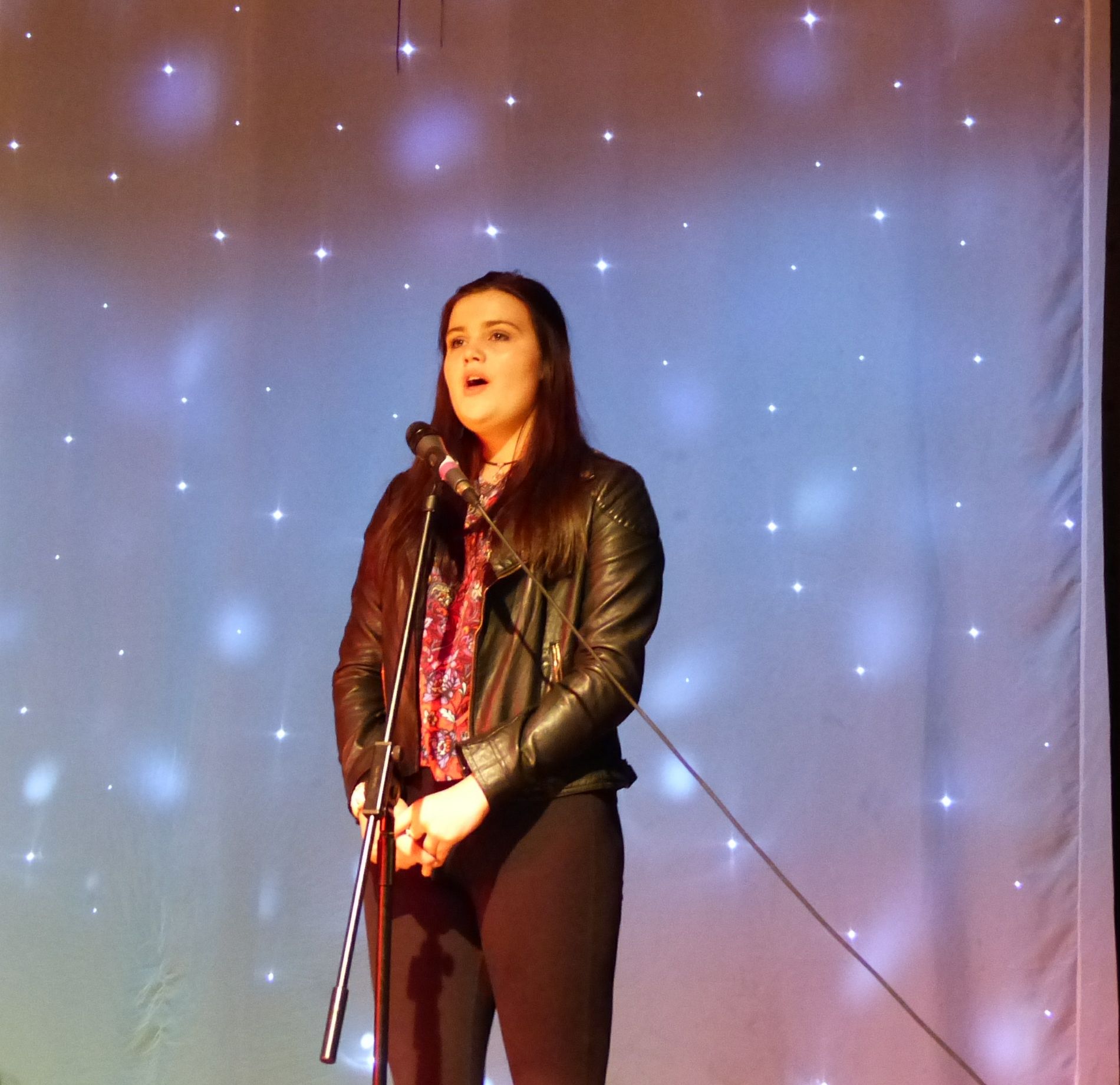 Finally, special thanks goes to Hannah Jones for a fantastic solo singing performance and Georgia Robson and Ed Nelson for hosting this truly memorable evening.