Students have had the opportunity to visit Rome and Amsterdam with the RS department. In Rome we visited many sites of interest. In Amsterdam we visited the Jewish museums, a concentration camp and Anne Frank's Annex.

Students can also get involved with the Oxfam Youth Group through the RS department. This is a student led group which campaigns for a fairer world.

We also support the shoe box appeal each Christmas.

You will also get the opportunity to enter many local and national competitions, in which our students have gained much success!

A PICTURE OF PEACE

Four students from Upton-by-Chester High School have received awards in a national art and poetry competition for their depictions of peace. On International Peace Day in 2012 the Islamic Society of Britain launched ‘A Picture of Peace’ for 7 to 16 year olds. The organisation received more than 1000 entries from schools all over the country and four pupils from the Chester school had their work acknowledged. Stella D. was crowned overall winner of the competition and winner of the KS3 category, and Julian S. the KS4 winner.

Maya’s work was highly-commended and Christopher G. received a special award for his composition and DVD on the subject of peace.

Mrs J. Holland, Headteacher, said: “We were delighted that our students swept prizes in all categories and that they were commended for the thought and depth of ideas in their art work. “They addressed an audience in Manchester Town Hall to explain their ideas about peace and it was a proud moment for their Religious Studies teacher, Mrs. K. Smale, and for me. “Upton has promoted global peace and understanding for many years, both through our international programme and through Fair Trade, Oxfam and Amnesty groups. The school received the gold Cultural Diversity Quality Standard in 2012 and has a long running link with a school in Sana’a, Yemen.

“Well done to Stella, Julian, Maya and Christopher and to all our students who entered the competition and thank you to the British Islamic Society for the opportunity for the school to be involved in Islam Awareness Week.” At a special ceremony which took place at Manchester Town Hall, the school was awarded £200 worth of books and display materials after being crowned best school in the competition nationally.
The attendees listened to key note speakers and delivered their own thoughts, explaining the ideas behind their art work. Julie Siddiqi from The Islamic Society then attended a special assembly at the school where prizes were awarded and Christopher played his piano composition. 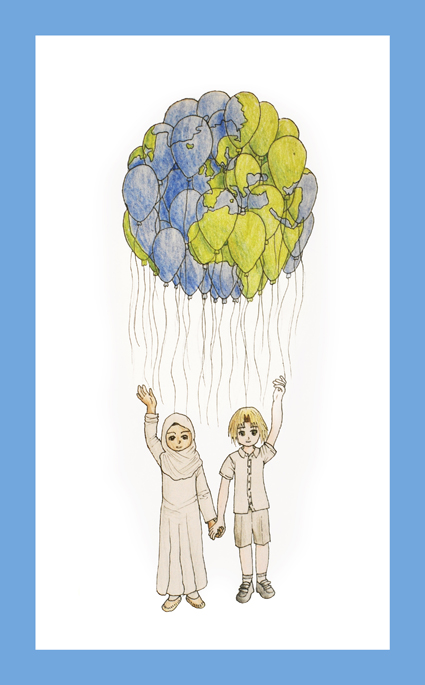 "Young People with Balloons of the World" - Stella

Winner of Key Stage 3 & OVERALL WINNER - Upton-by-Chester High School
Commenting on Stella's piece, the judges said: "The two children holding hands and the balloons merging together to form the world, was a beautiful illustration of aspiration held by all children taking part. The detail in which the balloon's individual shadow made way for a uniformed world, with its patches still apparent, is a demonstration of the high level of technique we encountered." 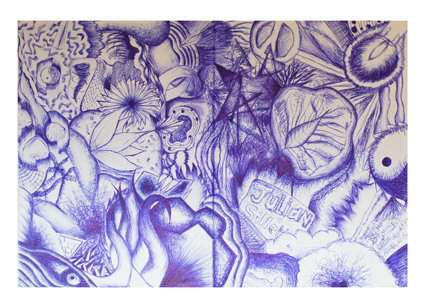 Winner of Key Stage 4 - Upton-by-Chester High School
Commenting on Julian's piece, judges felt that : "The blue pen drawing, with its incredible detail, showed that peace has many facets. It drew, quite literally, from all the traditions of the world and so, if you look closely, you will see the RIP of a grave stone and the yin and yang of the ancient east. A beautiful piece of depth and comprehensiveness." 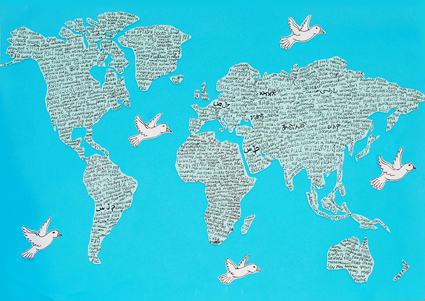 A PICTURE OF PEACE - WINNING ENTRIES

It was an honour to share this whole experience with our Year 9 students from Upton. We started the visit very late on Sunday night travelling by coach to Gatwick, the students excited and the staff rather sleepy, but still excited. We flew into Rome Fiumicino airport and arrived at our hotel. Once we had unpacked and finished off the paperwork the real fun could start. On our first night the group went to a local restaurant for a three course meal and then made the 40 minute walk to view the Coliseum by night. When we arrived the students awe at the size of the vast building made all the planning worthwhile. I think it is fair to say they were impressed!

On our second day of the visit we were to travel to Vatican City to go to the impressive Vatican museums. However, the subway that we used to get there was an event in itself, the trains were so busy. When we arrived. we met with an NST tour guide and were given a guided tour with too many points of interest to mention. On several occasions the students had to be ushered to keep moving as they were so impressed by the grandeur of their surroundings.

Picking out onepoint of the tour is difficult but it would be an injustice not to speak about the Sistine Chapel. Every time I saw a student inside the breathtaking building their face was tilted up towards the ceiling with a look of awe and wonder on their face. After the tour of the museum we entered the palatial St. Peters Basilica and saw what is arguably, one of the most moving pieced of artwork in Christendom, ‘La Pieta’.

Upon leaving the basilica the group embarked on a walking tour of the city of Rome, visiting some of its most famous sights: Castel Sant Angelo, the River Tiber and its beautiful bridges, Piazza Navona, the Pantheon and, the Trevi fountain. Students listened to the histories given by staff and saw a great deal more along the way; even the rain could not dampen our spirits. On day three we were to explore ancient Rome and to students. From the Colosseum the group took the few steps to the Arc du Constantine, the arch on which Napoleon modelled the Arc du Triomphe.

The final excursion of the day was the Roman Forum, a vast area that was the hub of ancient Rome with government buildings, religious temples and the centre of commerce. The students enjoyed a particularly hands on approach to the ruins, particularly finding inventive photographic positions of the teddy bear Caesar for the visit photo competition. After a packed day the group were happy to go for dinner and enjoy the visit quiz in the hotel.

This took us to the final day of the visit, where the group would visit a few final sights of Rome. The way we would undertake this was to admire a panoramic view of the city atop the Vittorio Emanuele Monument and attempt to hold the Colosseum in the photographs. Some students took the extra lift ride to the very top of the monument and were rewarded with uninterrupted views of the whole city. From here we walked across the city to the famous Spanish Steps. From here we would start our journey back to Chester, first collecting our luggage at the hotel, getting on the coach at Termini station, flying back to Gatwick from Fiumincino and finally catching our coach back to Upton. By the end of our epic travel back from Rome students were tired. However, we all benefitted from and really enjoyed this experience, staff and students alike. 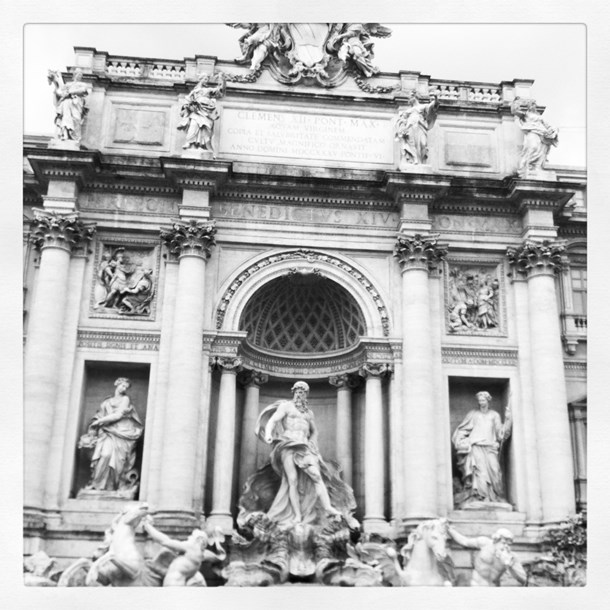 INTERNATIONAL EDUCATION WEEK: USE YOUR VOICE

For one special week World Class is r live debates online everyday on the theme "Use your voice" in partnership with the British Council. What would you change?

USE YOUR VOICE: "WHERE YOU LIVE" 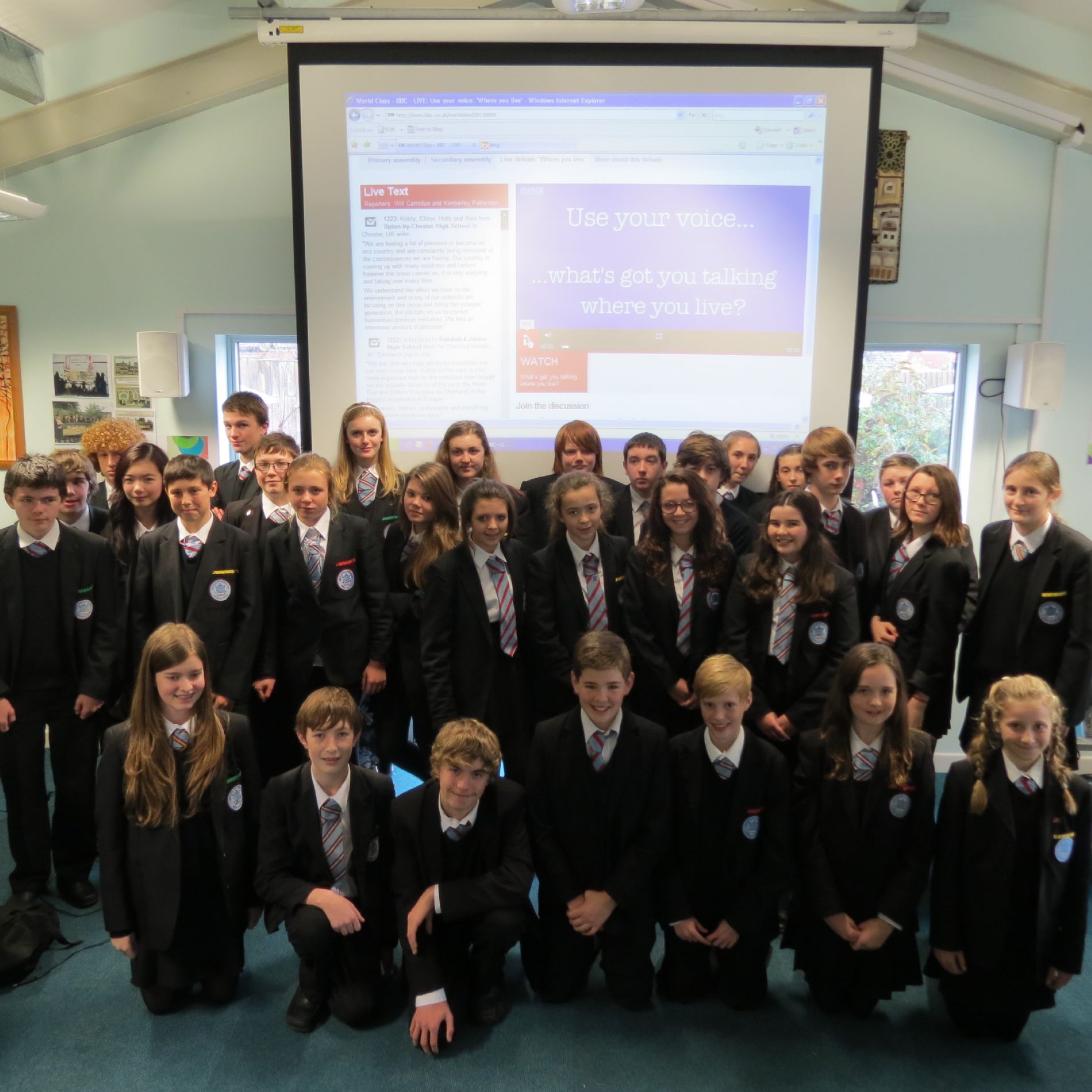 USE YOUR VOICE: IN YOUR SCHOOL

USE YOUR VOICE: "OUTSIDE OF SCHOOL"

In July 2012, students took part in the BBC World class lives debates on "Olympic and Paralympic values". They had the opportunity to interact live with students around the world. 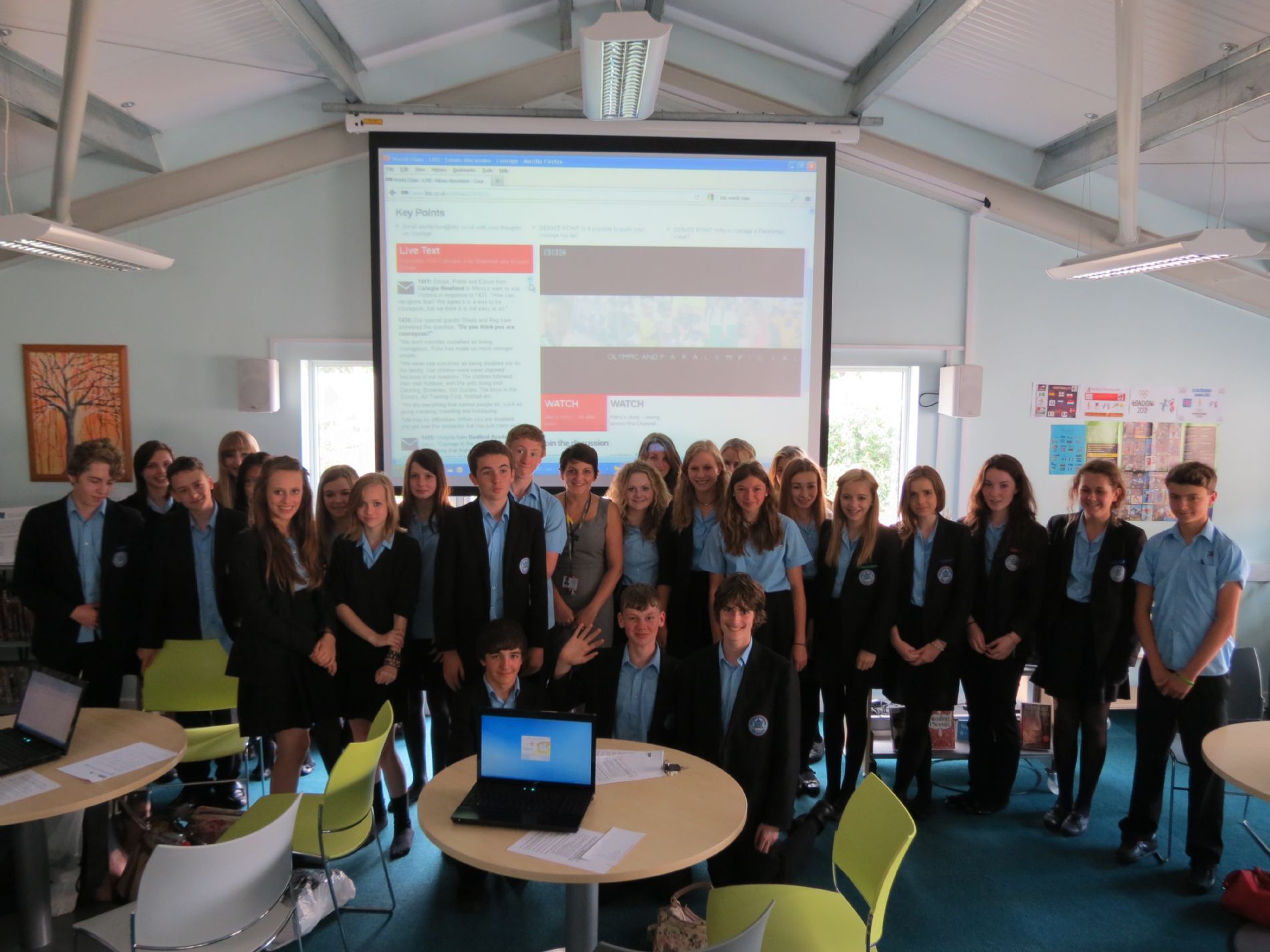 July 2012 - Debates on Courage and Respect inspired some of our students who shared their acrostic poems with students around the world:

From Laura and Lynne:

C-courage lies in everyone
O-only by showing braveness can you conquer your fears
U-unbearable tasks become possible
R-remember, nothing can stop you from achieving your dreams
A-ability to accomplish anything
G-gaining knowledge, skills and experience
E-everybody has courage, you just need to find it in yourself

From Laura and Emma

R-respect is a concept universally understood.
E-everyone should treat each other as they would like to be treated.
S-simply by respecting others, you show understanding of their beliefs
P-people are different, we should respect this as it is our differences which make us individuals.
E-every person is unique, respect their cultures.
C-cultural diversity is a beautiful thing, show respect.
T-turn the world into a better place by respecting what others have to say.