During the first two weeks after half term Yunus Hall organised this year’s Fairtrade Fortnight. 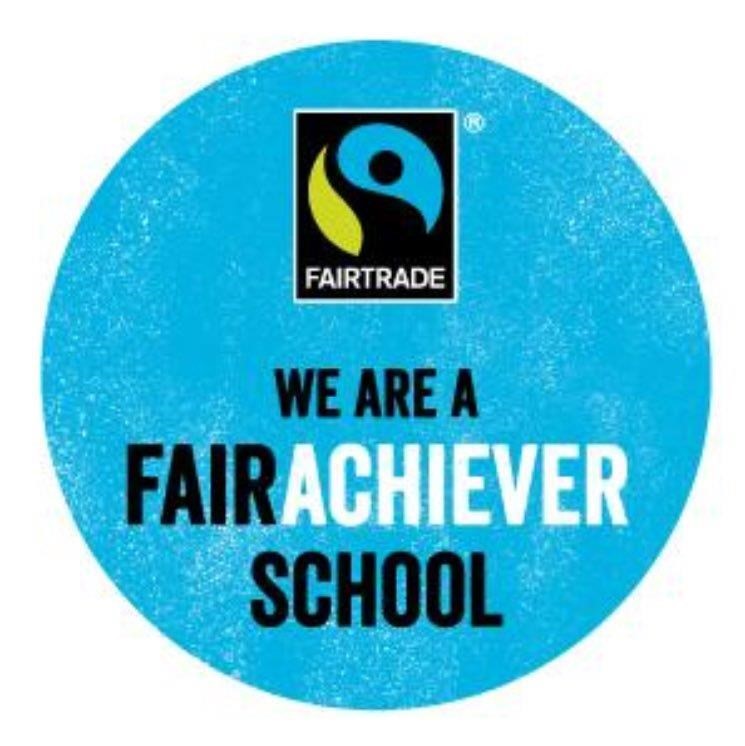 The fortnight started with a week of assemblies to launch the event. These assemblies were written and presented by the Yunus Hall Leadership team, supported by Miss Noel and Mrs Jenkins-Campbell. During the assemblies students and staff were informed of events that were happening the following week, along with possible lessons they may be participating in and reasons why we should buy Fairtrade.

The Fairtrade representatives met Marcial Quintero, a banana farmer from Panama in Central America, at Waitrose supermarket in Chester. He features on all the posters for this year’s Fairtrade Fortnight.

The week of activities continued to raise awareness of Fairtrade with our students, which included ‘The Hut’ (tuck shop) opening every day, run by Fairtrade representatives. Homemade Fairtrade cakes (by parents and teachers) and biscuits were sold for students to enjoy. Games were played including ‘Crack the safe’ in which students paid to try to open the safe winning the prize inside.

Miss Frimston, ran a game about inequality, which gave students a different perspective about what is ‘fair’. Students had to work together in teams to fill buckets with water using cups. Unbeknown to students; one team had smaller cups, whilst their opponents had larger cups, with holes in. At the end of the experiment students were asked their opinions about if they thought the game was ‘fair’ and how this can be shown in everyday life with Fairtrade.

During PLaN time KS3 pupils were given Fairtrade booklets, which had a variety of activities to complete. They included two different types of Fairtrade Quizzes, the first tested how much information students had picked up during their assembly, and any general knowledge they may have learnt along the way.

The second invited students to try and guess which of their teachers had gone ‘Bananas for Fairtrade’, members of staff wore our famous banana suit with their faces covered. Students had to work out who they were based on props being held, or their location.

To support our wider community, we culminated the fortnight by asking students and staff to donate Fairtrade food provisions. With all the food provisions collected the Fairtrade team sorted and packed them into hampers for distribution to a local care home and our local Food bank.

A huge thank you to all the students, parents/carers and staff who acknowledged and supported our campaign. Overall it was a very successful event, enjoyed by many.

The prizes were given out in Year assemblies.